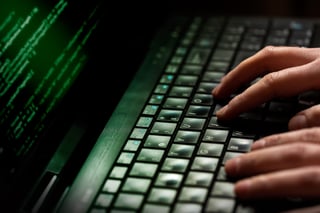 It’s easy to believe that cybersecurity attacks only happen to giant corporations, but in truth, companies of all sizes are affected by computer security threats every day. These attacks are expensive, both in terms of their actual cost and their impact on reputation.

According to a leading security researcher, Cybersecurity Ventures, the annual cost of cybercrime is expected to reach $6 trillion by 2021. To avoid becoming one of the unfortunate companies that lose money, data, and their reputation due to a cybersecurity attack, familiarize yourself with these common computer security threats.

In late 2017, it was discovered that Intel microchips had two flaws that allowed hackers to access any information on your system. All computers (and smartphones) with Intel chips were affected, including Apple, Lenovo, HP, and Dell systems. These flaws, colorfully labeled “Meltdown” and “Spectre,” are being called the worst CPU bugs ever discovered. Intel has since shared fixes for these flaws. Be sure to check if your system is up-to-date?

Computers and smartphones that update automatically should have already received Intel’s fixes, but many company networks block automatic updates. Your IT administrator should make sure that the latest security patches were sent to all of the computers on your network. He or she should also be vigilant in finding fixes like these in order to solve issues quickly moving forward.

Do you have too many passwords to remember? Do you have to change them too often? Sure, it can be frustrating, but there’s good reason to have strong password policies.

Each time you create a password, you likely see the following guidelines:

Complex passwords help prevent hackers from accessing your account, but you might be guilty of a common practice that’s even more dangerous than using a weak password: using the same password for multiple systems. If you use the same password for everything, a single security breach — like the 2013 Yahoo breach that compromised 3 billion (yes, billion) passwords — could provide hackers with the password you use for your computer, email, bank account, etc. Try to use a different password for each of your accounts, especially at work.

Lastly, even the most complex password doesn’t do much good if it isn’t properly stored on your company’s network. Your IT administrator needs to make sure that all passwords are encrypted, or you might as well share your password with everyone at your company.

Viruses and spyware are threats that have existed nearly as long as the internet, and they’re not going away anytime soon.

But what’s the difference between a virus and spyware?

Viruses and spyware, collectively referred to as malware (short for “malicious software”), usually get into your system through attachments from people outside your company’s network, or by downloading software from the internet.A virus makes your system act in an unintended way, like creating popup advertisements on your screen.Spyware hides in the background and gathers information such as passwords from your system.

To avoid these attacks, never open attachments you aren’t expecting, and never download anything you don’t trust. There is also a plethora of antivirus solutions available. Work with your IT administrator to make sure you have the best option for your company’s needs.

When someone you don’t know emails you asking for information, they’re phishing. Phishers will often claim to be executives or IT administrators and will ask for passwords or other protected information. It’s easy for them to email everyone at your company because you all share an email suffix. A phisher could email every possible name combination ending in @yourcompany.com.

A well-protected network can detect suspicious emails and block them before they ever arrive. Your IT administrator needs to know how to detect these threats, and how to configure your network appropriately. It only takes one person falling for these scams for your entire network’s security to be at risk. Make sure you’re protected.

Computer security threats can be devastating to an unprepared network. Companies affected by security breaches may never regain their customers’ trust, and the cost of repairing compromised systems can be crippling, especially to small- and mid-sized companies. So, don’t be caught off-guard. Make sure your network is prepared for these common threats.