Lessons from Cyberwar: How to Improve Cybersecurity in Your Business 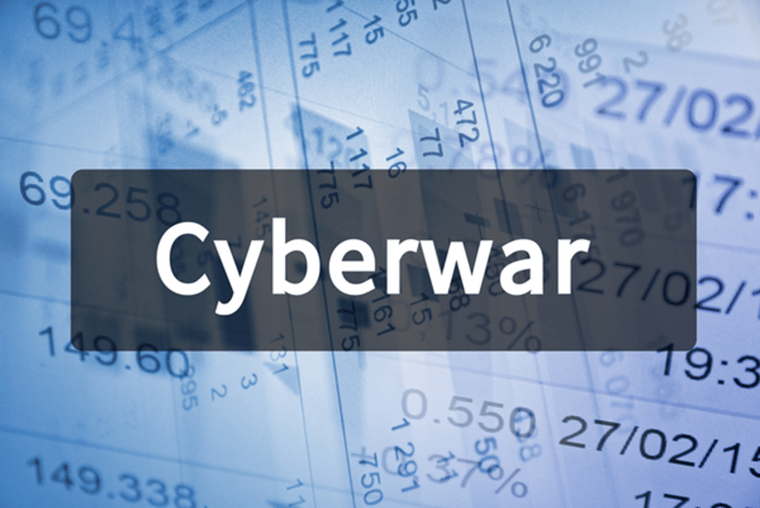 Cyberwar is becoming an increasingly dangerous means of attacking a nation state. These attacks can have devastating effects on networks and infrastructure in both government agencies and the private sector. To combat the growing threat of cyberwar, nations are implementing strong cybersecurity frameworks as part of their national defense.

Like a good military commander, we can study these attacks and learn how to defend against them. While you may think your business is safe from cyberwarfare, hackers are conducting the same research and using the results for their own personal gain. Let's look at some of the lessons we can learn and translate them into cybersecurity risk management actions.

When does cybercrime become cyberwar? There is no single accepted definition of cyberwar but a good one comes from author Richard Clarke who wrote the book Cyber War in 2010. He defines it as “actions taken by a nation-state to penetrate another nation’s computers or networks for the purpose of causing damage or disruption.”

This definition essentially spins what have long been considered “acts of war” and applies them to the digital realm. Those who dispute the use of the term “cyberwar” point out that there have yet to be any physical casualties from a cyberwar. While their point is valid, it is only a matter of time until actions taken digitally will have severe outcomes in the real world. People will get hurt.

Cyberwar is essentially a politically motivated cybercrime directed at a nation. Many of the same types of attacks cybercriminals use to extort money or steal sensitive information can be used for military type attacks. Some of the more common and effective include:

This is a relatively benign form of attack where hackers access the back end of a website and replace content. It can sow confusion and stoke political tensions.

In these attacks, hackers flood a computer or network with ongoing requests to essentially freeze it. The overwhelmed system cannot perform its normal functions or be accessed by the proper users.

This is where we might start seeing casualties. Hackers gain access to critical systems like electrical grids, healthcare systems or military guidance and shut them down or control them remotely.

There are several examples of these weaponized attacks starting with the Stuxnet attack in 2010. A virus attacked Iran’s nuclear program and successfully damaged 10% of their subterfuges. Another famous attack is Russia’s NotPetya attack which shut down banks, government agencies, airports and railways in Ukraine.

These are sophisticated ransomware attacks that reverse engineer tools designed to test cybersecurity services. Using these tools, hackers are able to remain inside a network or system undetected. Penetration attacks demonstrate the gray line between good and bad when it comes to cybersecurity.

5 Cybersecurity Lessons We Can Learn from Cyberwar

By looking at the types of cyberwarfare attacks countries and groups have used, we can identify areas where cybersecurity can be best improved. Here are several takeaways to apply to your own business:

Whenever you open your network, upgrade a system or download a new version of an application, you’re creating a patch. The trick is to stay up to date on patching and know which patches will make your system most secure.

Your network is only as strong as your users’ weakest password. Impressing on your team the need for complex passwords and two-step authentication is critical for your security.

We’ve all gotten those questionable emails that ask for sensitive information. Many are easy to spot but sophisticated hackers can disguise themselves as HR or clients to fool your employees. In some cases, simply opening an email can grant hackers access to your network. Train your staff to recognize these types of scams and avoid being an unwitting accomplice.

Don’t let your applications become outdated. Software companies work harder than ever to stay on top of the latest security breaches. Their efforts won’t do you any good if you neglect to install the latest version.

In the case of the NotPetya attack mentioned earlier, the Ukrainian government sought to hold hacked institutions liable because they didn’t have the proper security measures in place. While the ethical questions raised here aren’t easy to answer, don’t let a lapse in your cybersecurity affect someone else.

Cyberwar has increasing real life repercussions. As digital hackers become more and more sophisticated and governments invest a greater budget into cyberwarfare, the effects will ripple out to every computer. Don’t lose your system to lax cybersecurity. Let Thriveon act as your minister of defense. Our IT professionals can monitor your systems to update and secure all dangerous portals so you don’t have to worry. Schedule a consultation today and secure yourself against cybercriminals of all types.