What is Cyberwar and How does it work? 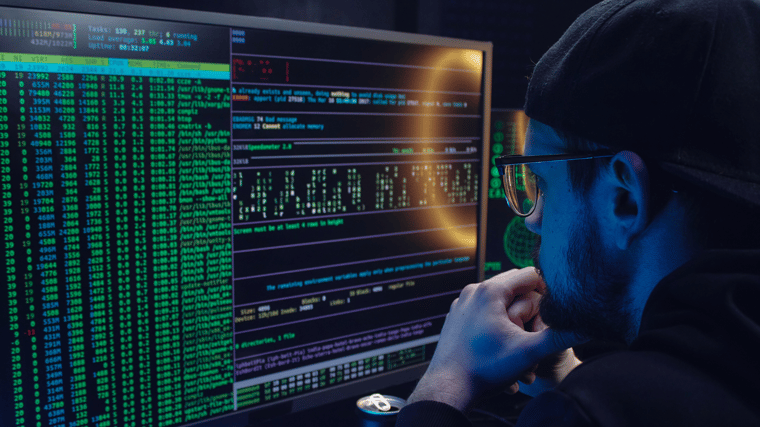 Cyberwarfare is an attempt by a nation or organization to digitally attack and damage another’s computers and networks. It is a cheap and relatively risk free form of attack that can have crippling results. These attacks can disrupt infrastructure, create panic and cause damage to private and state systems.

Experts disagree on what cyberwars look like. While nation states and terrorists have used cyberattacks for politically motivated reasons, no type of extended back and forth cyberconflict has ever occured. Because cyberattacks don’t result in direct injury or loss of life, many experts are hesitant to even classify them as a type of warfare. Let’s look into what types of attacks are used in cyberwarfare and how they work.

The types of attacks hackers use in cyberwarfare are similar to those they use against private entities. The primary difference is the motivation behind the attack. Groups and countries use cyberattacks to:

Not only are these motivations directed at state institutions, but they can also be aimed toward the private sector. For this reason, cybersecurity is more important than ever for businesses and organizations with sensitive data.

Types of Attacks Used in Cyberwar

Hackers can use a variety of techniques to sow dissent, impair their enemies,  and damage systems. Attacks may include any combination of these:

Digitally, espionage entails monitoring networks and stealing sensitive information. A hacker might achieve this using botnets and spear phishing. Interestingly, espionage of any kind is not considered an act of war.

Hackers and infiltrators such as dissatisfied employees steal or destroy valuable information. The stuxnet virus, which severely limited Iran’s nuclear program, is a good example of effective sabotage. Sabotage capabilities are often bought and sold on the black market.

Hackers prevent access to systems or websites by overwhelming them with fake requests. The compromised sites are forced to manage all these requests and become gridlocked to legitimate users. DOS attacks can result in people losing services like internet access or communication capability.

For better or worse, most utilities are controlled by computer networks. Hackers can cause major disruption by shutting down or compromising power to businesses, citizens or military installations. For example, in 2015 Irnaian hackers shut down power to 40 million people in Turkey for 12 hours.

Groups and governments use lies, misinformation and embarrassing truths to sway public opinion or sow dissent.  While not directly harmful, it is a psychological weapon that can have a big impact. In 2014 North Korea hacked Sony Pictures over the release of the anti Kim Jong Un film “The Interview.” The hackers released embarrassing conversations between Sony executives and threatened to release more if the film wasn’t pulled.

Unexpected cyberattacks are often coordinated with physical campaigns. For example: compromising a defense system just before a ground attack. Fancy Bear is a well known Russian group that disabled 80% of Ukraine’s D-30 howitzers via malware attack.

How Do You Defend Against Cyberwarfare?

Most world leaders take cyberwar very seriously and even partake in cyber wargames to test their defenses and readiness. The NATO sponsored organization, Cooperative Cyber Defense Centre of Excellence (CCDCE) hosts regular drills. Governments can measure their response time to attacks and analyze how their agencies as well as the private sector respond.

Security experts recommend a layered response to cyberwar attacks with steps that include:

These are the steps governments use to protect themselves against cyberwarfare attacks and many of them translate to American businesses like yours. You may not ever find yourself the target of cyberwarfare but hackers could use similar methods to breach your company and steal sensitive information. Political cyberwarfare involves high profile attacks that we can learn from and use to improve our cybersecurity measures at home.

Stay On Top of Your Cybersecurity Risks

We at Thriveon monitor cyberattack trends so you don’t have to. Schedule today to learn more about holistic IT services and how a proactive approach can keep your business safe. Any attack on your systems can feel like cyberwar. Thriveon is your best ally for keeping your valuable data safe.