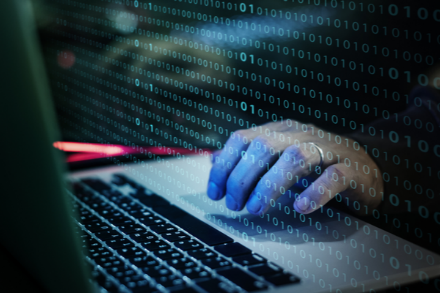 Cybercrime is a $6 trillion industry and growing. It’s six times larger than the drug trade and would count as the third largest economy in the world behind the U.S. and China. By 2025, cybercrime is projected to be a $10.5 trillion industry. We don’t often see the faces of cybercriminals, so... who exactly are they?

Organized crime gangs account for 55% of cybercrime. They operate on the dark web – an underground marketplace for digital information that can be used to extract payment. While Russia and China tend to get the most attention, 26% of active cybercriminals are from North America and 17% are from the European Union. Let’s look at who they are and why cybercrime continues to grow and affect so many businesses.

Why Cybercrime is Growing

The pandemic shifted the way people do business. Suddenly everyone was working online and remotely. In the rush to accommodate this shift, companies opened a lot of new vulnerabilities. More and more people had to rely on technology and existing precautions while the landscape was drastically changing.

During the pandemic, hacked companies paid an average of $21,659 for a cyberattack. Nearly 85% of these attacks were successful because they defrauded humans vs exploiting technological gaps. In fact, Forbes listed targeting people as the #1 reason cybercrime is increasing. Clearly, companies need to better educate their employees on who cybercriminals are and how they operate.

Cybercriminals are becoming better at doing the research necessary to be successful. They can play the odds with thousands of emails, waiting for you to open the right one. They can operate from anywhere and they can buy information on the dark web to increase their chances of success.

Watch now: The Business Leader's Role in Cybersecurity for the Modern Workplace

Cybercriminals are hackers with malicious intent. These individuals, also known as bad actors, crackers, stalkers or pirates, use the internet to access data and files that they can use for their own gain.

The motivations of cybercriminals can vary. A lone cybercriminal might be a disgruntled employee seeking revenge. Highly organized criminal syndicates or political groups may try to sew chaos or extort large amounts of money. No matter how advanced, their motives will likely be one of the following:

It can be difficult to identify and track cybercriminals. Savvy hackers create proxies and anonymous networks to conceal their identities. We can best trace them via their motivations.

Because cybercriminals operate in anonymity and are rarely caught or prosecuted, it’s difficult to know who they are. A well-established hacker can make upwards of $2 million per year which makes the risk very seductive. Some of the biggest cybercriminals took years to catch. These are a few of the more infamous hackers and top cybercriminals we know about:

Kevin Mitnick was the inspiration for the film “War Games.” He started as a teen in the early 80s and most famously hacked into Pacific Bell. He fled and lived in hiding for two years until he was finally caught.

Albert Gonzalez started hacking as a Miami high schooler. By age 22 he had stolen data from millions of debit card accounts and was arrested. He became an informant to avoid jail time but was later discovered to have been continuing criminal activities as an informant. He was sentenced in 2015 for stealing over $256 million dollars from payment accounts associated with major retail companies.

Michael Calce raised an important red flag to legislators and cybersecurity experts alike after he used a distributed-denial-of-service (DDoS) attack to jam Dell, eBay, CNN and Amazon’s servers. The young hacker who started by taking over university networks demonstrated how crucial improved and regulated cybersecurity measures were.

Alexsey Belan is a Russian hacker who has been on the FBI’s most wanted list since 2011, but has never been captured. It’s believed that he’s stolen data from 700 million accounts and sells the data to others. He’s also suspected of aiding and consulting with other hackers.

Who do Cybercriminals target?

Unfortunately, cybercriminals will target anyone and everyone. Even small businesses are targets as cybercriminals learn how to leverage any type of sensitive information for their gain. Don’t let hackers target your network. We can help you! Keep your business fortified against cyberattack with proactive IT services that anticipate attacks long before they happen. Schedule your free IT Strategy Session to get and stay protected.